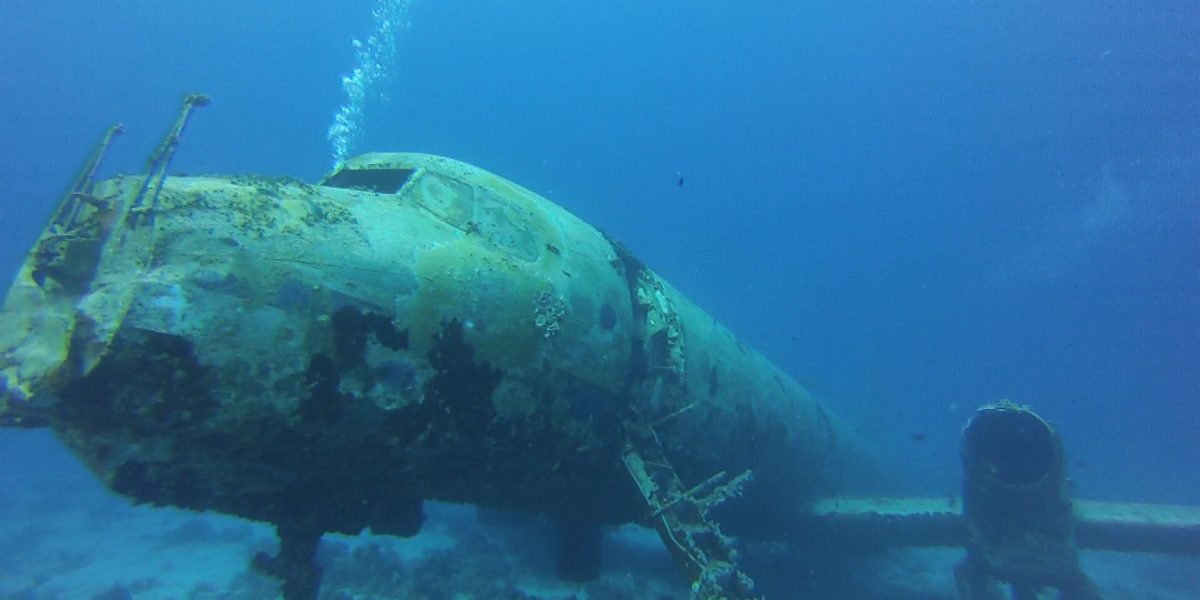 When it comes to wreck diving, Aruba is a premier destination in the Caribbean. With several wrecks which date back to the 2nd World War and then some purpose sunk wrecks which are have formed artificial reefs, this tiny island has got a variety of wrecks for you to choose from. We will go through two of those wrecks here.

The SS Antilla was a cargo ship which was sunk in 1940 during an invasion. The captain of the ship set it on fire so that he would not have to surrender it to the enemy. Now the ship is known as the Ghost Ship in Aruba and is one of the best wreck dives in all of the Caribbean.

The ship is approximately 400 feet long so it makes for a very fun dive with plenty to see. The dive site itself has very little currents and tends to also have great visibility, which makes it great for all levels of divers.

There are large windows on the wreck which allow an easy view of the inside. There are also huge schools of fish which frequent the wreck which you are likely to see. These include angelfish, bluehead wrasse, and yellowtail snappers to name a few.

This wreck is also a favorite among underwater photographers and videographers. If you are interested in going scuba diving in Aruba, this is certainly a must see wreck dive!

Airplane Wrecks is another fantastic dive site in Aruba, which is certainly something you can’t find that often. This dive site features two airplanes which have been sunk intentionally to create an artificial reef and help propel Aruba’s diving industry. The two planes are an S-11 and a DC-3. Both have been laying on the bottom of the sea for 14+ years. One plane is in better shape than the other and is intact with the exception of the nose.

For something new and out of the ordinary, this is certainly a dive site which will impress both the new and the seasoned diver.

Please watch our website for more wreck diving descriptions as well as other dive site information from our lovely island of Aruba.

Jon Rowe owns and operates ScubaDiveMarketing.com. Jon takes great pleasure in helping bring exposure to the businesses he works with and helping them with a full range of marketing and web development ventures.